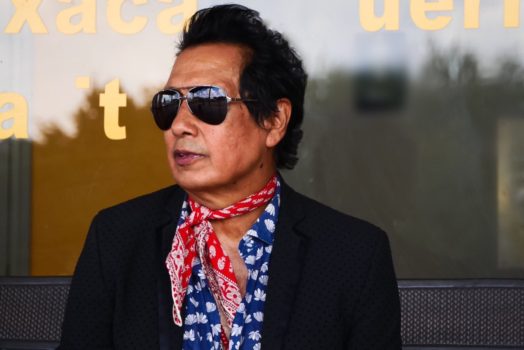 The Spanish version of Escovedo’s 2018 critically acclaimed The Crossing, which was hailed by NPR’s alt.Latino as “possibly his finest recorded work yet” and Rolling Stone as “one of his strongest LPs to date,” La Cruzada will see wide release on LP, CD, and at all digital service providers August 27 via Yep Roc Records. The first single, “Algo Azul,” is out now, and the album available for pre-order.

The 17-song album, which tells the story of two young immigrants to the U.S., who bond over a mutual love of punk rock as they struggle with the racism and discrimination as immigrants, becomes an even more intimate experience. Although not intended to be autobiographical, the album is, in many ways, the story of Alejandro Escovedo’s own life.

Translated and recorded in Spanish, the album’s lead vocals are helmed by Alex Ruiz (Del Castillo), who overlaid Spanish vocals on the original album’s instrumental tracks and features guest vocals from Patricia Vonne, Vanessa Del Fierro, and Escovedo. Escovedo worked with Ruiz to translate the songs together. “I chose Alex because he has a greater command of the Spanish language, and having his voice, especially with this material, story and songs, takes it to a different level than my voice did,” offers Escovedo. In addition, Ruiz’s bandmate Rick del Castillo helped produce the session.

“I began developing this story about a southern Italian boy named Salvo and a young boy named Diego from Saltillo, Mexico, who meet in Galveston, Texas while working in an Italian restaurant,” says Escovedo. “They set out on a journey in search of the America created by beat poets, rock ‘n’ roll savants, new wave films, and the underground garage. The America they discover is a very divided and unwelcoming land filled with racism and unrest. La Cruzada is the realization of a dream that I’ve always had to record an album in Spanish in honor of my father’s heritage, and it has finally come to life.”