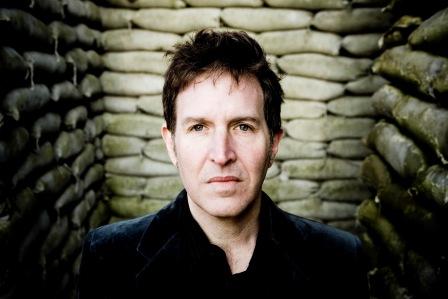 Steve Wynn and the Miracle 3

Steve Wynn remembers the day that he and the Miracle 3 entered the city limits of Richmond, VA last fall ready to embark on recording the band’s first new album together in more than five years. Wynn got on the phone with his old pal and band mate Stephen McCarthy who jokingly warned him to “leave your northern aggression at the door.” The phrase seemed funny, ironic, apropos and, as a result, naturally became the favorite catch phrase of the session and, inevitably, the title.

Wynn and his partners in crime were the fast talking, hard hitting, hyped-up, tightly coiled Yankees – that’s not a baseball reference, let’s save that for Wynn’s other combo, The Baseball Project – sliding into the slower, easier, drawling, mysterious Southern lifestyle for a week. Anyone who has followed Wynn’s long recording history knows his love for throwing himself into unfamiliar territory, leaving open the possibility of surprise, befuddlement, inspiration and adventure.

Working with the father-son engineering team of Bruce and Adrian Olsen (the former engineered both Gutterball albums) allowed Wynn and the band, which includes Jason Victor, Linda Pitmon and Dave Decastro, the chance to work around the clock. Bruce was behind the board at 8 a.m.; Adrian would close up shop about 18 hours later. They all slept at some point in between. As for the result? – the title is a reference to what some below the Mason Dixon line call the Civil War – is psychedelic, greasy, sneaky, manic, wise, seasoned, nervous and ragged in all the right places. Mixed in Brooklyn by Nicolas Vernhes (Spoon, Dirty Projectors, Animal Collective, Stephen Malkmus) this is no civil war, no bloody battle, no historical reenactment. No, this is Wynn and the Miracle 3 doing what they do best-colliding against each other and their surroundings, not holding back and barely taking stock until all was done. It’s what they do. To paraphrase Ornette Coleman, this is their Northern Aggression. Enjoy.

In 1982 Steve Wynn broke onto the music scene with The Dream Syndicate and The Days of Wine and Roses. In the years since, he has made more than 20 records, played more than 2,000 shows around the world and continues to evolve as a recording and touring artist. He has also performed with Gutterball, Danny & Dusty, Smack Dab and The Baseball Project. Formed in 2001, Steve Wynn & The Miracle 3 have made three albums together. is their latest.