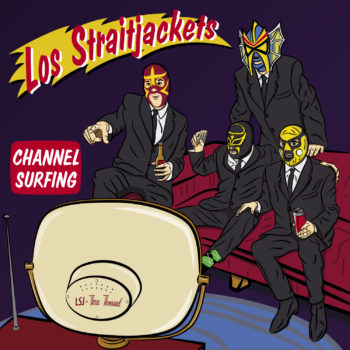 Adding their high-energy rock and roll instrumental prowess to some of television’s most memorable theme songs, the four-song EP includes renditions of Game of Thrones, The Andy Griffith Show, Ken Burns’ The Civil War, and a medley of Dancing With The Stars and Sex and the City. Channel Surfing is now available for pre-order here.

Beginning April 3, the band will embark on a 15-city U.S. tour backing Nick Lowe, as well as a West Coast run of dates later in the month. A full list of dates is below.