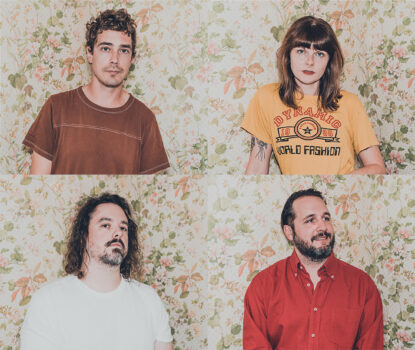 A complete list of dates is below, and tickets are now on sale here.

“For thirteen years, we were on tour, our entire adult lives were spent on the road. When such a big part of you disappears, all it means is that you’re going to cherish it when it comes back – we’re grateful, anxious, and excited to have tour life return this spring and to see you all again on the road.”

Following the recording of Uncle, Duke & The Chief in 2018, the band still had a batch of songs that they wanted to record, so they entered the studio without knowing what would become of them. Those prolific recording sessions churned out more and more music, resulting in a multi-album release plan: JUICE (2020), SQUEEZE (2020), and PULP (2021).

Formed in rural Ontario, Born Ruffians arrived on the Toronto scene in 2004 and released a self-titled EP in 2006 on XL/Warp Records. The latter released the band’s debut full-length album, Red, Yellow & Blue and Say It (2010). Birthmarks (2013) and RUFF (2015) followed on Yep Roc Records and has received critical praise from NPR, Pitchfork, Stereogum, Noisey, Magnet, Under The Radar, and more.