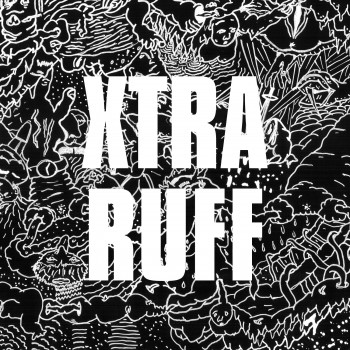 On April 22, Canadian quartet Born Ruffians will release a digital-only deluxe edition of RUFF and XTRA RUFF EP. Featuring four previously unreleased bonus tracks not featured on the original album, the deluxe edition and XTRA RUFF EP are now available for pre-order – deluxe or EP – with instant download of “You Loser.”

Recorded during the RUFF sessions in Toronto, the bouncy, cathartic “You Loser” and the sombre “I Need Ya” were included on a hidden bonus 7-inch in the gatefold of the vinyl-only deluxe edition released in October 2015. Both tracks are included on the digital deluxe edition and XTRA RUFF EP. Also featured are “It Could Be So,” a song featuring Luke Lalonde’s signature guitar-picking and beautifully rhythmic lyrics and melody. An alternate version of RUFF‘s “Shade To Shade” closes out the EP.

Onstage, Born Ruffians – Luke Lalonde (guitar/vocals), Mitch Derosier (bass), Andy Lloyd (guitar/keyboard) and Adam Hindle (drums) – “has always been known as a spectacular display of ferociousness and energy” (DMNDR). The band embarks May 3, on an 11-city U.S. run with stops in Washington, DC, New York City, Cambridge, Philadelphia, among others. A full list of dates is below.

Playing “nervy, wily rock that peers back to precursors like Talking Heads and sideways to like-minded contemporaries including Vampire Weekend and Animal Collective” (Wall Street Journal), RUFF “sharpens catchy hooks into melodies pointed enough to cut up your heartstrings as they pop and fizzle along” says Time Out New York.

The band’s fourth album, RUFF, was recorded in just three weeks in Toronto by Jeff McMurrich (Jennifer Castle, The Constantines, Fucked Up) and mixed in New York by Rusty Santos (Animal Collective, Eric Copeland, Owen Pallett), who produced their acclaimed album, Red, Yellow & Blue, and its follow up, Say It.