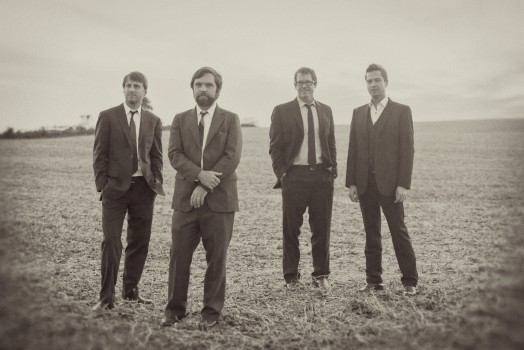 Check out the WUNC interview with Dave Wilson from Chatham County Line as he discusses new track “Living in Raleigh Now” written about how the International Bluegrass Music Association’s annual gathering and Festival used to be in Nashville but moved to Raleigh a year ago.

“We had the good fortune of going to Louisville where it was originally held, they had it in the Gault House there and it was just this amazing thing that took over this historic hotel and then we went to it in Nashville and we always thought it was just a side show to all the other country music stuff that was going on there,” Wilson said.

“And then when it finally arrived in Raleigh, we didn’t know what to expect but the community and the city really left nothing out. And everyone came out, and it was such a community effort. And it was the only thing going on that weekend, so we really felt like it had almost come back home in a lot of ways.”

Watch the video for “Living in Raleigh Now” in the player below and be sure to grab the single off of iTunes.