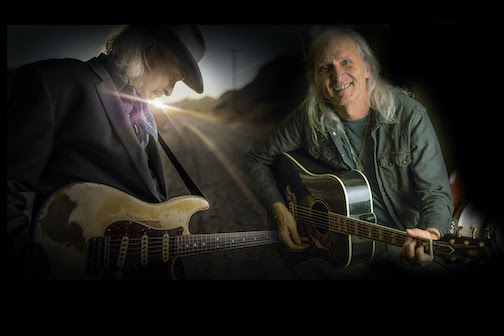 After two and half years, roots music legends Dave Alvin and Jimmie Dale Gilmore will take to the road once again with a nine-city California tour.

Kicking off June 21 at Moe’s Alley in Santa Cruz, the tour will culminate at the Troubadour in West Hollywood July 2. The complete list of dates is below; tickets are now on sale.

Since their last tour in the fall of 2019, much has happened in the world, including Alvin’s private battle with cancer. He recently talked exclusively with Rolling Stone about that journey: read here. “As you can imagine, after the last two and half years of fighting cancer, I am very excited and happy to be going out on the road again,” exclaims Dave Alvin. “Please join me, Jimmie Dale Gilmore and all of our musical tribe, as we celebrate with some loud and glorious, guitar bashing and life affirming noise.”

Part road map and part love letter: the twelve-song collection spans nearly a century of material and are tributes to mutual heroes, friends gone too soon and lifetimes spent on the highway “living off dreams and gasoline.”