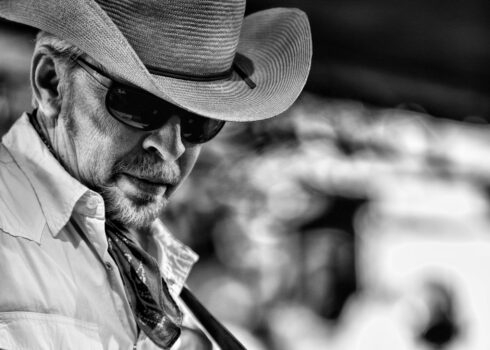 Dave Alvin shares “Highway 61 Revisited,” a cover of the Bob Dylan classic and the second track unveiled from his first solo album in eleven years, From An Old Guitar: Rare and Unreleased Recordings, out November 20.

“When UNCUT magazine asked me to record ‘Highway 61’ for their Bob Dylan tribute CD insert, I was scared to death,” says Alvin. “Not only is it impossible to do a better version of this song than Dylan had already done, but it would be pretty damn hard to come anywhere close to doing a version as good as Johnny Winters’ classic cover. Knowing this, I still figured, ‘what the hell.’ I called the musicians, figured out an arrangement somewhere between Mose Allison and Little Milton, plugged in my guitar, and went for it. The guys and I had an absolute blast reimagining this version of Mr. Dylan’s classic, and I sincerely hope you enjoy listening to it as much as we did playing it.”

Produced by Dave Alvin, From An Old Guitar: Rare and Unreleased Recordings, the 16-song collection offers a mix of acoustic blues and ballads to electric bar room blues to folk and country/rock. Featuring songs recorded over the years for his own records and tribute albums, “the majority were recorded for no other reason at all than the sheer kicks of going into a recording studio to make some joyous noise with musicians and singers that I love and admire,” offers Alvin.

Pre-order From An Old Guitar: Rare and Unreleased Recordings now.