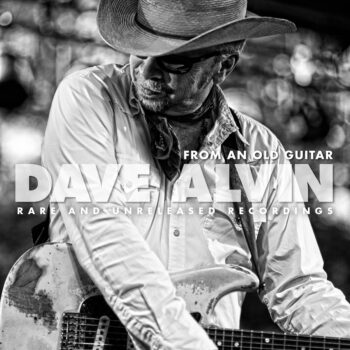 Dave Alvin Releases “Inside” from Upcoming Album: ‘From An Old Guitar: Rare and Unreleased Recordings’

Dave Alvin released a new single called “Inside,” written by his dearly departed friend Bill Morrissey. The song is on his upcoming record From An Old Guitar: Rare and Unreleased Recordings, out November 20.

Alvin posted on his social media:

The late, brilliant songwriter Bill Morrissey was a very close and treasured friend of mine. I was also honored to play lead guitar on his last album before his untimely death in 2011.

We actually got to be close pals years before because he approached me one day claiming that a song of mine, “Bus Station,” was a rip off of his beautiful composition, “Inside.” I just laughed and said, “I wrote ‘Bus Station’ in 1982. What year did you write ‘Inside?’” Bill started giggling in his charming way and then said, “Hmm. I wrote ‘Inside’ much later than that, so I guess I ripped you off.” We were tight comrades ever since.

After Bill’s passing I started performing “Inside” at some of my shows and eventually went into the studio to record my version with my band, The Guilty Ones. I wanted to pay tribute to Bill and his amazing talents as a songwriter by recording his bittersweet ballad that cemented our friendship forever.

Order From An Old Guitar: Rare and Unreleased Recordings on CD/LP now at the Y-Store.