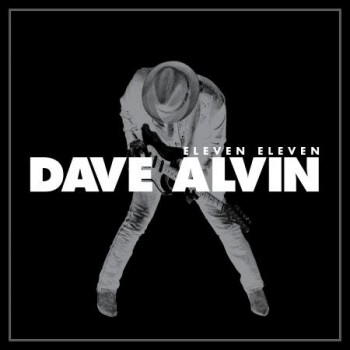 Starting in May 2011, my great band, The Guilty Ones and I hit the highways blasting and rocking our blues in every bar, theatre and joint that we could get into across America. Some of ’em we even hit twice! As you might guess, I love playing with this band and I think it shows in the live performance that was recorded last summer (2011) at The Ark in Ann Arbor. We were in Cincinnati the night before we taped this show, and we were in Chicago the night after, so this is a document of one night (mistakes, sweat and all) traveling down the endless interstate. I’m happy to be able to release this to you on DVD in a new swanky package of Eleven Eleven (expanded edition), complete with three previously unreleased songs from that album’s sessions. I hope you enjoy the music and I look forward to seeing you soon somewhere down the road.” – Dave Alvin

Along with Dave, we too at the Yep Roc Store are happy to announce the release of Eleven Eleven Expanded Edition. “But what could be better than Eleven Eleven?” you may ask. Well, try on these boots.

*A second CD featuring 9 songs recorded live on the official Eleven Eleven US Tour at the Ark in Ann Arbor, MI on July 2, 2011 including Dave’s classic songs “Fourth of July,” “Out Of Control”

*A bonus CD including 3 unreleased bonus tracks from the original Eleven Eleven recording session, including “Never Trust A Woman” (duet with Candye Kane), “Signal Hill,” and “Beautiful City ‘Cross the River” which was featured on a recent episode of FX’s hit television show “Justified”

Click HERE to check out the Eleven Eleven Expanded bundles available exclusively at the Yep Roc Store and save 15% on your order!