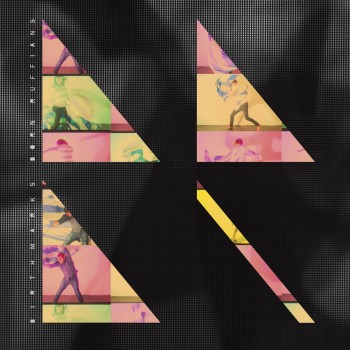 Ontario-based four-piece band Born Ruffians join the Yep Roc family, with the release of its upcoming album Birthmarks on April 16. The band gave fans a taste of their new material on New Year’s Day, when they posted a stream of new song “With Her Shadow.” Stream and download the track in the player below.

The 12-track album was written and demoed over the past three years and was produced by Roger Leavens at Boombox Sound in Toronto. Tour dates to support the album will be announced soon. A key ingredient to the creation of Birthmarks was a remote farmhouse in rural Ontario. The band wanted to return to the days spent writing their debut, Red, Yellow & Blue when they lived together and “whenever we had an idea we could work it out right there that moment.” Their time spent at the farmhouse was often hilarious and was documented on video which can be viewed here.

While some of Birthmarks was born on the farm, many of the songs were conceived long before. Luke Lalonde would write and demo constantly on his laptop, at home and on tour: Toronto, Montreal, Midland, Australia, France, Germany…everywhere. Several songs were realized during the recording process in the studio.

“We don’t want to tell you about what we think we sound like,” says the band’s Mitch DeRossier. “We can tell you that this record will sound different. These songs lived with us, toured with us, got drunk with us and made our ears ring. Now, we get to hit the road and start making your ears ring.”