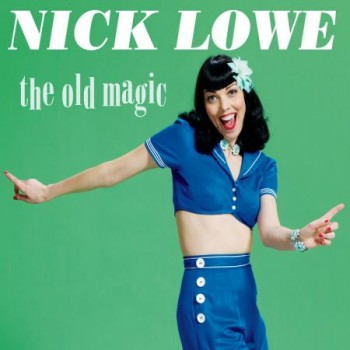 For one day only, the Yep Roc Store is giving Nick Lowe fans in North America the chance to download the full digital album of his latest release, The Old Magic, for only $3.99.

“At a stage in life when many of his peers are content to live off past glories, Mr. Lowe, now 62, is enjoying a remarkable second wind.” – New York Times

Click the button below to order The Old Magic digital album for only $3.99 now!

Nick Lowe has confirmed his first headlining US tour since the release of The Old Magic. He will be backed on all dates by his longtime band of Geraint Watkins (keyboards), Robert Trehern (drums), Johnny Scott (guitar), and Matt Radford (bass). Dates include an April 25 show at NYC’s Town Hall, with additional shows to be announced soon. See below for a full list of confirmed dates.