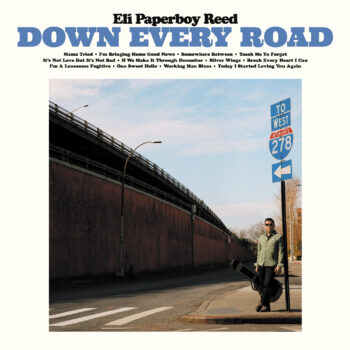 Best known as a soul shouter and balladeer, Eli returns with a twelve-song album that reveals country roots dating all the way back to his childhood. From those earliest days sifting through his father’s record collection, it was country music that first captivated Reed’s imagination – the voice of George Jones, the attitude of Waylon Jennings and, above all, the songwriting of Merle Haggard.

“It was so aggressively honest and edgy,” Eli remembers of first hearing Haggard. “He could get to the heart of these extraordinarily complicated emotional sentiments in two-and-a-half minutes, and that was something that really stuck with me.”