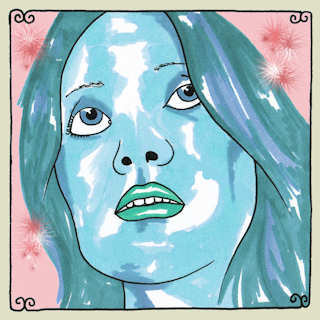 Enter to win a trip to Cheyenne Mize’s Daytrotter session

Through May 22, become a Daytrotter member and be entered to win a free trip to Cheyenne Mize’s upcoming Daytrotter session in Rock Island. Enter now at Daytrotter.com, and see below for full contest and entry details.

It’s in the 70s in Rock Island, and we’re living it up. There are a couple of days in early June that are going to be a blast here at the Daytrotter headquarters, and we’d love it if you would come and join us. Actually, WE INSIST!

Starting today, and running through May 22, when you either become a new annual Daytrotter member, give a gift membership, or extend your current annual membership, you will get: A FREE grass-green Daytrotter v-neck T-shirt — the CLASSIC logo offered for the first time in this color! (shipping not included)

Entered into a drawing to win a FREE trip to the Daytrotter headquarters to witness the magic first-hand, as we tape sessions with Baths, Hockey, Cheyenne Marie Mize, Milow, Night Panther, Stephen Kellogg and Har-Di-Har.

We will pick up the tab for your airfare (from anywhere in the continental United States), hotel rooms for the duration of your stay here, and transportation to and from the airport!!*

Everybody wins! Don’t waste a second — become a member today and let’s get our hang on!
— Mr. Daytrotter

In the meantime, listen in to her last Daytrotter session, and get details on her upcoming album Among the Grey.