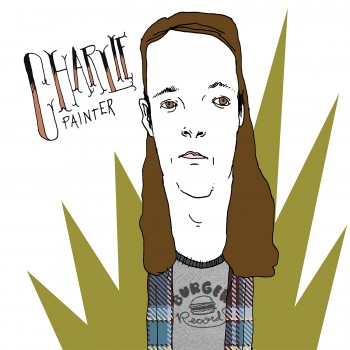 Ever wonder who’s behind your favorite Yep Roc releases? Every month we’ll introduce one Yep Roc employee with a personal Spotify playlist and a quirky caricature from our creative designer, Nathan Golub.

Charlie’s playlist is aimless but indicative of his tastes. “There isn’t much of an angle. It’s more like songs I liked that I picked while drinking one night.”

What’s your job at Yep Roc?
Business Affairs slash A&R. Day to day business stuff, dealing with contracts coming in, a lot of different tasks, it really depends on the day. Talking with our attorney, and bringing in new labels on the A&R side for Redeye. Listening to demos that come that come into Yep Roc and going to as many shows as possible.

What did you go to school for?
Exercise and Sport Science. I ended up here working at WXYC, the UNC radio station, and through that, got an email one day about internships in the music industry. Went to that meeting, got an internship at Redeye, went from being an intern to working full time in the warehouse as a packer. Then some transitions were happening in the company and I moved up to receiving coordinator, and then my current position was created and I got it.

What song would play over the closing credits of your life?
Marvin Gaye. Gotta Give It Up Part 1. The way I see it, everyone’s like partying, drinking 40s in celebration of my life, or something.

Best interaction with an artist?
I was at Hopscotch this past year, and Evan from Diarrhea Planet gave me his artist bracelet because they had to leave the next day. Which got me free beer.

Best live show you’ve seen recently?
I saw so much stuff at SXSW I don’t even remember. Thee Oh Sees were great.

Where are you from? How did it shape your music taste?
I’m from Asheboro, NC. I guess my music taste started with friends, we were all sort of different from everyone in Asheboro, not listening to country music and not necessarily experimenting, but trying to find new stuff. It was all through the internet, you could find an artist, dig through them, who they listen to, and keep branching out.

Favorite Yep Roc release?
Master Mix: Red Hot + Arthur Russell. I mean, Arthur Russell, he was a genius, and all the artists were pretty awesome in their own right.

First album you ever bought?
Either Sugar Ray or Taking Back Sunday. I was in elementary school, if that makes it any better.

If you had to be stuck in a haunted museum with one musician for a night, who would it be?
Dan Higgs. I originally got super into his paintings and tattoos before I ever even knew he played music. He did some solo stuff for Thrill Jockey, but his biggest thing was Lungfish. I feel like he would have a lot to say about a haunted museum.