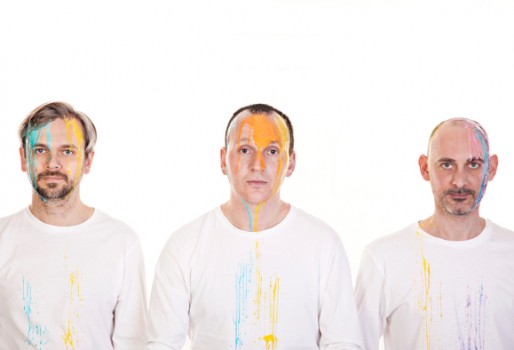 Few have offered such a bittersweet taste of pop through their career as Fujiya & Miyagi; underneath the sticky wrappers that have packaged their sugary synth lines and rich hooks since the turn of the Millennium, there’s always been a grittier aftertaste – be it manifest through their love of pounding 70’s krautrock, or in the seen-it-all weariness of their lyrics. However, as the Brighton-based trio announce the release of their fifth album, that conflict of light and dark has well and truly been conquered. Steve Lewis, Matt Hainsby and David Best pour forth with a new slew of irresistible saccharine, jacking up their own inimitable sound with enough E-numbers to leave you frothing at the mouth somewhere in a wilting warehouse at six in the morning. Ladies and gentlemen, get ready to rot your teeth on Artificial Sweeteners.

“Artificial Sweeteners is about what’s being expressed more in hope rather than in fact,” explains Best. “Believing things will get better allows us to get through what life throws at us. The music aims to be life affirming and positive, offering an escape route from reality. I think taking enjoyment from the pleasurable aspects of life that counteract all the stress and anxieties is the best way to live.

That’s thematically; musically it’s a hot and heady dance-floor record, each spin giving off the musk and the potential of a congregational euphoria. Coming off the more live band-orientated fourth LP, Ventriloquizzing, Best had realised “One of the things we are good at is making people dance, and, really, there’s no greater reason to make music than the ability to have a physical reaction on someone.”  The resultant Artificial Sweeteners is their most electronic and pulsating release todate.

Take lead single and opening disco jam “Flaws” – built around a refrain of “I was right and you were wrong” – swagger with a sense of measured cool, befitting in their confident feel an entity who’ve now been at the top of their game for more than a decade. “We feel like we’ve got a record that goes straight for the jugular,” enthuses Best.

2. Acid to my Alkaline

9. A Sea Ringed with Visions