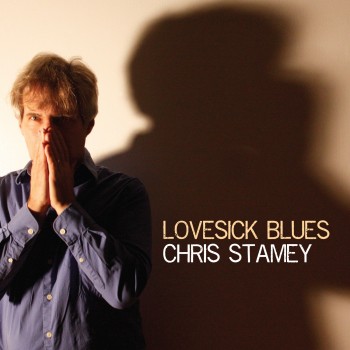 Get FREE music from Chris Stamey at Noise Trade + VOTE.

Additionally, Stamey encourages you to get out and exercise your right to vote today with the video below.

Growing up in Winston-Salem, NC, Chris Stamey made his earliest ventures into recording with a series of homemade avant-garde experiments with future Let’s Active leader Mitch Easter during grade school, then studied formal composition at UNC-Chapel Hill. In 1977 Stamey moved to New York, where he played bass with Alex Chilton before forming the dB’s.  The dB’s recorded a pair of albums, 1981’s Stands for Decibels and 1982’s Repercussion, that remain indie-pop landmarks. Stamey then departed for a solo career. On February 5, 2013, Yep Roc will release, Lovesick Blues, his first full-length release since A Question of Temperature, his 2005 collaboration with Yo La Tengo. It follows the release of Falling Off the Sky, the long-awaited, much-acclaimed reunion album of the dB’s, as well as Stamey’s involvement as musical director and orchestrator for a series of all-star concert performances of Big Star’s classic Third album in New York, London, Austin and Carrboro, NC.
Tags: Chris Stamey, Lovesick Blues, VOTE