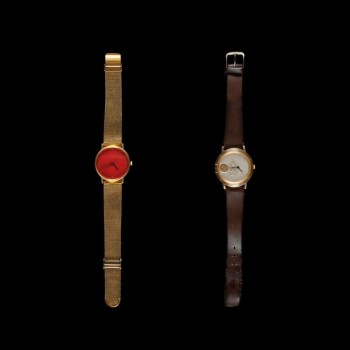 Golden Suits, the solo project of Fred Nicolaus of Department of Eagles, debuted a lyric video for the new single “Swimming in ’99” off his first self-titled album, which is now up for pre-order in the Yep Roc Store here.  Blackbook, who premiered the lyric video says:

As a 13-year member of the folk-electronic duo Department Of Eagles, Nicolaus sets out on his own under the band name Golden Suits, and, in the new video from the eponymous album, brings us along on his journey across New York, from the corner bodega to a fortune teller, with each spot chronicled in Google Maps.

Why the two watches? Each is a bookend of the year that inspired the album, with one bought at its beginning, and the other at its end.

Each pre-order of the album receives an instant download of the first two singles, “Swimming in ’99” and “Didn’t I Warn You,” along with a free poster. Watch the lyric video and check out the poster and t-shirt for Golden Suits below. Golden Suits is out August 20. 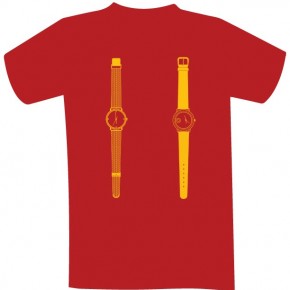