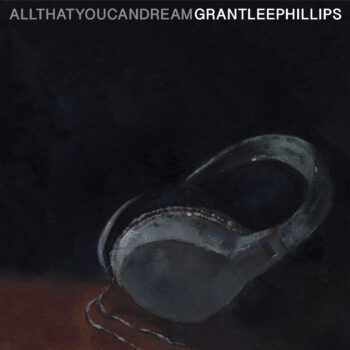 Grant-Lee Phillips’ ‘All That You Can Dream’ Out Now; US Tour Launches June 2 at City Winery Boston

Today, Nashville-based singer, songwriter, guitarist, actor, film composer, and visual artist Grant-Lee Phillips’ 11th studio album, All That You Can Dream, is out on Yep Roc Records. Join Phillips live on Bandcamp tonight (May 20) at 8pm Eastern to celebrate the release, where he will play songs from the new album!

On June 2 at City Winery in Boston, Phillips will launch his U.S. tour supporting the album with stops in New York City, Philadelphia, Washington, DC, Cleveland, Chicago, and more to come.

Like many musicians, Phillips sought out silver linings wherever he could find them once the pandemic hit. Once he realized touring was still on hold for the foreseeable future, he started to write and record a new solo album at home. “I found respite in the process when I could do little else. It became a sort of meditation on this time in my life and the events that we’ve collectively experienced.”

Understandably introspective, the resulting All That You Can Dream is anchored by Phillips’ empathetic voice and rich acoustic guitar with lyrics that attempt to make sense of an uncertain, anxiety-riddled time, while accepting once-unshakeable things are now fragile or fallible, and using historical references to illuminate modern truths.

“We’ve experienced some staggering events over the past several years or so,” offers Phillips. “When people speak of those things, it’s not enough to simply highlight or underline the headlines of the day. The aim is to tap into the feelings that we share that are trapped beneath our skin—and figure out how we expel those feelings by talking about them.”

Produced, engineered, mixed, and recorded by Phillips at his Nashville home, he is joined on the album by drummer Jay Bellerose (Robert Plant, Alison Krauss) and bassist Jennifer Condos (Ray LaMontagne, Bruce Springsteen) with additional parts on selected songs by Jamie Edwards (keyboards), Eric Heywood (pedal steel) and Richard Dodd (cello). “I rang Jay and Jennifer out in LA to discuss sending tracks back and forth. They were going stir crazy themselves and welcomed the idea of a long-distance recording project. They tracked to my vocal, guitar and piano tracks – as though we were all in one room. This more gradual kind of production allowed me to ruminate on the songs and arrange parts for strings, keys, etc…”

Admittedly an adjustment to write at home, a process he was used to doing in the solitude of the road, Phillips was still inspired by movement. He took daily countryside drives with his family, marveling at nature and the landscape, even as his songwriting focused on global events. “I found that the circumstances of being off the road and left to reflect on what this time feels like, produced a different kind of song,” Phillips says. “In some ways, that freed me up to write and record the kind of song that was personal and executed as though it were for an audience of myself alone. That’s freeing.”

Tags: All That You Can Dream, Grant-Lee Phillips, New Release, Tour Dates