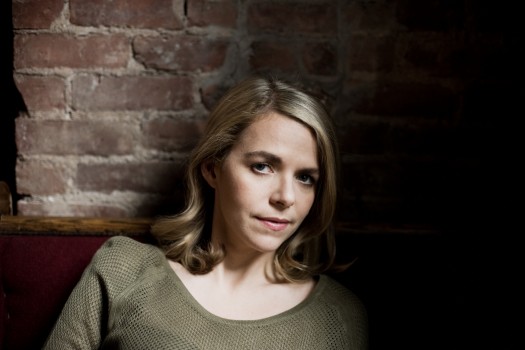 In the decade since she founded the acclaimed progressive string band Crooked Still, Aoife O’Donovan has collaborated with some of the most eminent names across roots, classical, bluegrass, and jazz, from Alison Krauss and Chris Thile to Yo-Yo Ma and Dave Douglas. She’ll step to the fore this summer with her debut solo album, ‘Fossils,’ produced by Tucker Martine and out June 11 on Yep Roc. You can hear the Wall Street Journal premiere of “Red & White & Blue & Gold” HERE and in the media player below.

Featuring 10 original songs by O’Donovan and contributions from friends and frequent collaborators like Sam Amidon and Dave Douglas, the album was recorded in Portland, OR, and Aoife’s adopted home of New York City. Album opener “Lay My Burden Down” may already be familiar to music fans via Alison Krauss’ interpretation of the track on her 2011 album ‘Paper Airplane,’ but the swirling arrangements and glistening harmonies on ‘Fossils’ hold many surprises. The intimate “Thursday’s Child” and languid, wistful “Red & White & Blue & Gold” are hypnotic in their delicacy, while “Beekeeper” and “Fire Engine” show the forceful power and resolute grace drawn from the deep well of emotion in Aoife’s voice.

Hailed as “a vocalist of unerring instinct” by the NY Times, “transcendent” by the Boston Globe, and “the newest darling of the Americana set” by USA Today, O’Donovan will kick off a spring tour that includes dates with The Milk Carton Kids in April, Mountain Stage and Music City Roots in May, and her Bonnaroo debut in June. Stay tuned for more details and see full dates HERE.