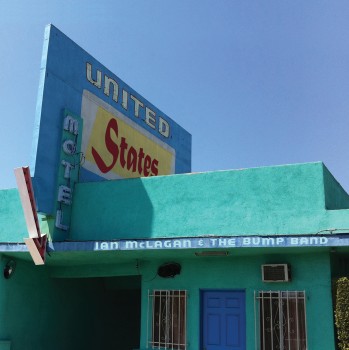 Ian McLagan’s first studio release in five years, United States, is now available for pre-order at the Yep Roc Store. The 10 original tracks on United States feature Mac – as he’s known to friends – on vocals, keys, and guitar,joined by his longtime collaborators the Bump Band (’Scrappy’ Jud Newcomb, Jon Notarthomas, and Conrad Choucroun), with Leigh Mahoney (David Byrne, the Tosca Strings) on violin for album closer “He’s Not For You.”  Stream album track “Love Letter,” recently featured in this Billboard feature, in the player below.

The exclusive Yep Roc pre-order features the album on CD and LP, with an exclusive bundle of Mac’s book All the Rage: A Riotous Romp Through Rock & Roll History. The autobiography covers 40 years of Mac’s musical history, highlighting his career with the Small Faces and The Faces as well as working with The Rolling Stones, Bob Dylan, Bonnie Raitt, Bruce Springsteen and Billy Bragg. It also comes with an instant digital download of “All I Wanna Do.”