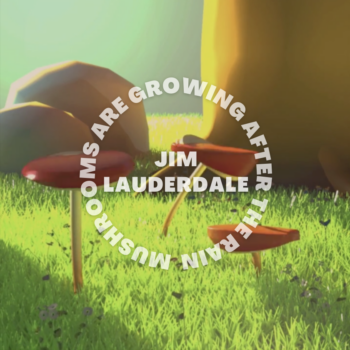 The Boot writes: “Lauderdale’s inspiration for the dreamy new song was quite literal: While out for a walk one morning, shortly after a rainstorm, he noticed mushrooms sprouting up. He got to thinking about that cycle, and about the mushroom supplements he takes to stay healthy.” Lauderdale told The Boot: “I conjured up these feelings and images of renewal, growth and the cycle of life continuing, and this song came out of me really quickly.”

After nearly 15 months off the road, Lauderdale will tour in support of Hope, starting with an eight-date tour run that includes a July 30 album release show at 3rd & Lindsley in Nashville and an appearance at MerleFest in September. A complete list of dates is below; ticket information can be found here.

The 13-track album features songs about hope, courage, and perseverance with wide-open arrangements reminiscent of 70s California folk-rock and is a joyous musical tribute to the spirit of overcoming and healing. “I wanted to get a musical message out there during this time of what we’ve all been going through, about the hope for better days ahead,” Lauderdale says. “If we can find any glimmers of hope, that really helps get you through another day.

Hope was co-produced by Lauderdale and his longtime collaborator Jay Weaver and recorded at the fabled Blackbird Studios in Nashville with many of the tracks engineered by Blackbird Academy students. “That was a learning experience for me, too,” says Lauderdale. “I love the energy of working with such talented people just at the start of their careers. These kids are the future of our business.” Lauderdale was joined in-studio by musicians Chris Scruggs and Kenny Vaughan, Russ Pahl, Craig Smith, Will Van Horn, Micah Hulscher, Dave Racine, Pat Bubert, Wes L’Annglois, and sibling harmonies from Lillie Mae and Frank Rische.