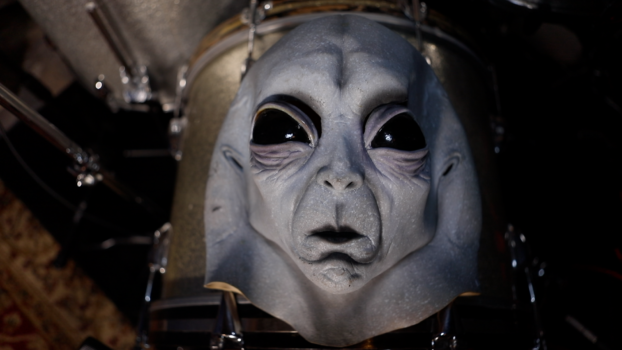 Jonah Tolchin Gets Supernatural with “Aliens”; ‘Lava Lamp’ Out July 15

With punchy angular guitars and lo-fi vocals that channel The Strokes, “Aliens” was co-written with Marvin Etzioni and “was created for the sole purpose of having fun and rocking out. Crank it up!,” says Tolchin.

In support of the new album, the Princeton, NJ native will hit the road touring the U.S. beginning June 29 in Cleveland, OH. A complete list of dates is below; tickets now on sale here.

More sonically diverse than his previous efforts, Lava Lamp’s “cosmic outlaw” lifeblood is built around the energy of loose, live-in-the-studio performances steeped in Tolchin’s folk-blues stylings and fueled by grunge guitars and a robust rhythm section. Featuring seven original compositions and two covers: “Car You Drive” by Josh Flowers and Tom Petty’s “Grew Up Fast,” Lava Lamp is a raw and emotional reckoning with alienation and escapism in a modern-day world defined by 24/7 stimulation.

From the churning, gritty, retro-futuristic hooks of Dan Auerbach and Jack White on “Never Giving Up,” to the brooding title track that lands between Nirvana and The Sonics as Tolchin declares, “When I watch my lava lamp I don’t want to feel a fucking thing,” the album finds him returning to the musical sandbox of his youth.

Late last year, Tolchin made his Mountain Stage debut, where he performed “Black Hole,” amongst a few other tracks from the forthcoming album.

Co-produced with multi-instrumentalist/engineer Nic Coolidge, Lava Lamp was recorded with a three-piece that included Coolidge on bass and Tolchin’s longtime friend and collaborator Kevin Clifford on drums. “The three of us are the only musicians on the entire album,” explains Tolchin, who played more electric guitar than ever on the album. “We recorded most of it, even my vocals, live on the floor as a band, just feeding off each other’s energy.”

A bridge between roots and rock, between youth and adulthood, between expectation and liberation, for his fifth studio album Tolchin penned more coy and irreverent songs, drawn from freewheeling, uninhibited, stream-of-consciousness writing sessions, an evolution inspired by The Pixies.

“I remember taking my soon-to-be-wife to see The Pixies play at The Fillmore in Philly as a Valentine’s Day gift and just having my mind blown,” Tolchin says. “It was like, ‘Wow, this is some real, raw emotion being delivered through some loud, electrified music.’ After spending so much of my time in the folk and blues worlds, it just hit me in a completely different way.”

Hailed by No Depression as “an artist with substantial creative range,” the New Jersey native began his career as a DIY artist, hitting the road as a teenager and self-releasing Criminal Man (2012). His Yep Roc Records debut, the critically acclaimed Clover Lane (2014), was followed by Thousand Mile Night (2016) and Fires for the Cold (2019). He has toured extensively in the U.S. and Europe, sharing the stage with Chuck Prophet, Dave Alvin and Phil Alvin, Tony Joe White, Gregg Allman, and Joseph Arthur.