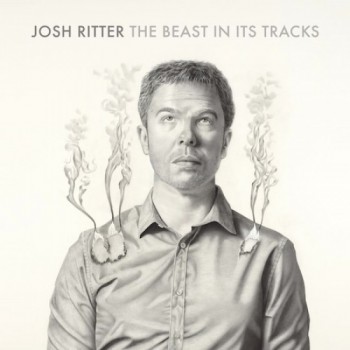 The Beast In Its Tracks, the new album from renowned singer-songwriter Josh Ritter, will be released in March 2013 outside the US on Yep Roc Records. See a full list of official street dates below, and stay tuned for pre-order information. The first single from the album, “Joy To You Baby,” is also available now worldwide on iTunes.

Of the record, Ritter says, “In the year after my marriage ended, I realized that I had more new songs than I’d ever had at one time. Far from the grand, sweeping feel of the songs on So Runs the World Away, these new songs felt like rocks in the shoe, hard little nuggets of whatever they were, be it spite, remorse, or happiness.”

This is the sixth full-length recording from Ritter, who has been widely heralded by critics and fans alike. As a special preview, a trailer of the album can be viewed in the player below.

Recorded during 2011-2012 at the Great North Sound Society in Parsonsfield, Maine, The Beast In Its Tracks continues Ritter’s longtime collaboration with producer and keyboard player Sam Kassirer. As Josh describes, “I hadn’t composed this stuff, I’d scrawled it down, just trying to keep ahead of the heartbreak. They needed to be recorded like that. We needed to work fast, make decisions quickly, keep the songs as spare as they could be kept, and above all never allow ourselves to blunt the sharp edges. Some of the songs were mean or evil. So be it.”

Josh Ritter - The Beast In Its Tracks Album Teaser from Josh Ritter on Vimeo.

Tags: josh ritter, joy to you baby, the beast in its tracks