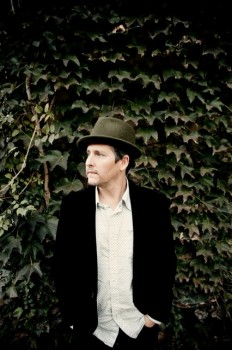 We’re excited to announce that Josh Rouse will have a run of US west coast tour dates starting on June 12.  Rouse’s most recent album, The Happiness Waltz, was released through Yep Roc in March 2013 to critical acclaim. In addition, the label recently reissued Rouse’s seminal albums, 1972and Nashville, on vinyl. Josh recently recorded a cover of the Lindsey Buckingham solo hit “Trouble” to be released on Record Store Day as one side of a split 7” vinyl shared with label mates The Autumn Defense.

The Happiness Waltz is very much an album in the present, featuring some of Rouse’s most personal songs to date and is filled with Rouse’s thoughtful, delicate and infectious pop craft.  Filter Magazine stated that “every song is beautiful, every word connecting in such a simplicity that makes you feel glad to be alive.” Rouse reunited with producer Brad Jones, who produced and engineered two of his most beloved albums, 1972 (2003) and Nashville (2005), which were reissued on vinyl in late 2013.

Catch Josh live solo acoustic at any of the dates listed below. Tickets go on sale March 7.