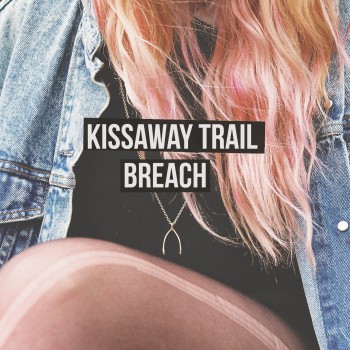 Yep Roc is happy to welcome Kissaway Trail to Yep Roc! The band’s new album, Breach, will be released August 20, 2013. The first single is “Nørrebro”, named after the part of Copenhagen, Denmark where artists and musicians thrive and where the band currently resides. Watch the video in the player below.

Euphoric and evocative, listening to Kissaway Trail is an intoxicating experience. The debut album released in 2007 was filled with songs of immense ambition and scope, the music soars, filled with majestic guitar lines, dramatic melodies and epic arrangements. Kissaway Trail have that rare power to lift people out of their lives and transport them to a world of drama, beauty and wonder.

Kissaway Trail list the likes of Sonic Youth, Grandaddy, Daniel Johnston, Pixies and The Beach Boys as being their main influences, though in their native Denmark, where they have recently taken off massively due to their incendiary live shows, the band have quickly developed a unique sound of their own.

A Kissaway Trail song “New Lipstick” was used in the initial promo video for Google Glass, which has received over 20 million views on YouTube (watch HERE).