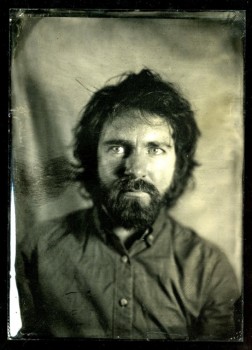 Pre-order Liam Finn’s new album, The Nihilist  before it’s released May 6. The album’s 12 tracks find Finn at his most refined and inventive in the studio, with other-worldly arrangements and blissfully catchy hooks. Finn plays 67 instruments on the record and maniacally assembled the album with contributions from frequent bandmates/collaborators Eliza Jane Barnes (vocals), his brother Elroy (drums) and fellow NZ songwriter Jol Mulholland (bass) in sessions entirely between the hours of sunset and sunrise in a Brooklyn studio overlooking the Manhattan skyline.

“As soon as I found my own space to bunker down, the songs started taking shape,” he says. “There was a surreal feeling created through the energy of where I was and looking over at Manhattan and seeing it as a subconscious dimension, an entity in itself where every story under the sun was happening all at once. Any fantasy or fear you have in your own mind is probably playing out in reality in Manhattan at any one time.”

You can pre-order The Nihilist via the Yep Roc Store or click any of the buy images.  All pre-orders receive “Snug As Fuck” as an instant download track. You can watch the quirky music video for Finn’s single, “Snug as Fuck” in the player below – it’ll change the way you view holidays.