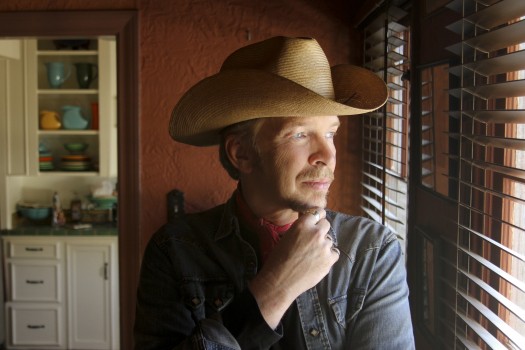 Listen to Dave Alvin on “Home Again,” from Ghost Brothers of Darkland County

June 4th will see the release of the long-in-the-works Ghost Brothers of Darkland County, the Southern gothic musical borne out of an unlikely collaboration between John Mellencamp and Stephen King. King wrote the play after Mellencamp told him about two brothers who had gotten into a fight over a girl at a cabin on the musician’s property; one brother was killed accidentally in the scuffle, and the surviving one and the girl died in a car crash soon after.

The roots and blues-heavy soundtrack was assembled with the help of T Bone Burnett and features array of artists like Elvis Costello, Kris Kristofferson and Neko Case. Now you can take an exclusive first listen to “Home Again,” a sparse acoustic number tinged with simple percussion and deep, chilling harmonies from Sheryl Crow, Dave Alvin, Phil Alvin and Taj Mahal.