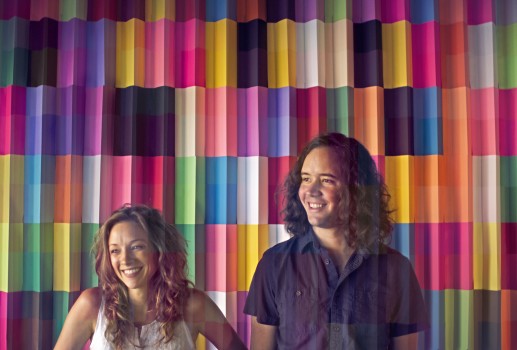 Mandolin Orange will release Such Jubilee on May 5, following 2013’s This Side of Jordan, which was named one of NPR’s Top 10 Folk and Americana Albums and saw the North Carolina duo perform at festivals from Newport Folk to Pickathon.

Pre-order the album now at iTunes, and listen to lead track “Old Ties And Companions” via NPR Music.

Such Jubliee, written over the course of a year spent on the road, is about home, both the place and the idea. Some days it’s a safe, warm, loving refuge from the world outside. Other days it’s cold and empty and too quiet. Either way, it’s always waiting for you at the end of the road.

The pair makes music that WNYC describes as being “laced with bluegrass, country and folk…often wistful and contemplative without being somber, and always firmly grounded in the south.” Magnet calls the duo’s music “magnificent” while American Songwriter insists they draw on an “unfakeable intimacy that bonds simpatico musicians like Gillian Welch and David Rawlings.”

Marlin and Frantz recorded the ten original songs live, sitting face to face at Echo Mountain Recording in Asheville, NC. This setup captured the undeniable chemistry of their live performances. All ten songs – detailed in the track list below – were written by Marlin and address a range of topics, from finding comfort in relationships on the harmony-filled “Little Worlds,” to society’s rejection of gun reform in the wake of the Sandy Hook shooting on “Blue Ruin,” to a ghostly adaptation of Virginia folklore on the elegiac “Jump Mountain Blues.”

Mandolin Orange has shared the stage with Rosanne Cash, Willie Watson, and The Wood Brothers. They will embark on a national headlining tour on May 1st including performances at both City Winery in Nashville and NYC alongside festival appearances at Delfest and Nelsonville Music Festival, with tickets going on sale Friday, Feb. 27 at mandolinorange.com.