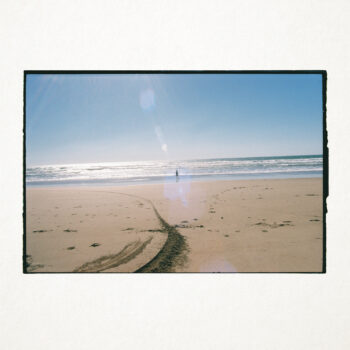 Michaela Anne released her new album Oh To Be That Free today, a soaring collection of deeply prescient songs that continue to grow profound roots for the Nashville singer-songwriter.

Although they were written before the experiences that changed everything for Michaela, these songs became her life support as she confronted a painfully bittersweet new chapter. She became a mother while caring for her own mother, who had suffered a debilitating stroke and was hospitalized for months. Michaela watched her daughter and mother live unsettling yet surreal parallels as they both slowly learned how to navigate this new world. As Michaela continues to search for the beauty in every imperfection, and across her entire new album, she finds healing when she learns to let go and embrace what’s in front of her.

The Americana songbird’s last album Desert Dove (her 2019 Yep Roc debut) was met with critical acclaim across the board. But according to Holler in their recent glowing 8.5-star review of Oh To Be That Free, Michaela was “just getting warmed up.” They write, “Some singer-songwriters hide their emotions behind the characters in their songs. Michaela Anne is not one of them.”

It’s kind of surreal the way this record turned out to be exactly what I needed to hear when I was at my lowest. Between the time we started to record and the very final mastering, I conceived, grew and birthed my first child. In the middle of this pregnancy, and the middle of making this record, my mother suffered a devastating and debilitating hemorrhagic stroke. These songs became healers for me as though I had written them for my future self.

Written and recorded with a small circle of close friends, including musician and co-producer Aaron Shafer-Haiss, Oh To Be That Free is “imbued with so much warmth and depth” (The Boot) with the help of Michaela’s tight-knit musical community. The album collaborators include her college friend Burniss Earl Travis on bass (Common, Robert Glasper), the soaring harmonies of Madi Diaz, Lauren Balthrop, and Jeff Malinowski and Amal Bouhabib (who years earlier sang as she walked down the aisle), the lush string arrangements by Kristin Weber, and several other inspiring musicians that were all brought together by Michaela.

Michaela Anne will be returning to Bonnaroo to play the WHO Stage on Friday, June 17. Backed by a 7-piece band, she’ll perform multiple tracks from the new record. Also next week, Michaela is kicking off a Southern US tour with Parker Millsap, stopping in KY, TN, and AL. Later this summer, she’s hitting the road with Watchhouse, playing venues like Irving Plaza in NYC and 9:30 Club in DC. Full list of upcoming performances below!