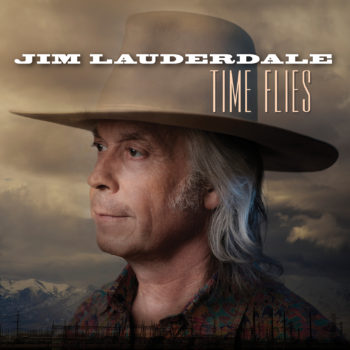 Lauderdale will mark the arrival of Time Flies and Jim Lauderdale and Roland White with an assortment of upcoming live dates, including headline shows and festival performances such as this Saturday’s Appalachia Rising event at the Carter Family Fold in Hiltons, VA (May 19). Additional live dates will be announced soon – please see www.jimlauderdale.com for updates and more.

* additional dates to be announced

TIME FLIES sees Lauderdale doing what he does best, writing and performing classic Americana distinctively infused with striking notes of country and soul. Produced by Lauderdale and Jay Weaver at Nashville’s Blackbird Studio and House of Blues Studios, the album is among the most striking works of this one-of-a-kind artist’s three decade career, once again demonstrating his remarkable lyrical gifts and genre-agnostic musical approach. Songs like the stirring title track offer able evidence that Lauderdale’s creative mission continues unabated, his ability to rejuvenate his sound indomitable.

JIM LAUDERDALE AND ROLAND WHITE is Lauderdale’s previously unreleased first full-length record, a collection of classic bluegrass recorded in the basement of Earl and Louise Scruggs’ Nashville home in the summer of 1979 and then lost for nearly four decades. Lauderdale was new to town at the time, while White was already a true bluegrass legend, known for his mastery of the mandolin and foundation of such iconic groups as The Kentucky Colonels and Country Gazette. Sadly the master tapes went missing for 38 years and were only recently rediscovered at the bottom of a box by White’s wife. As remarkable, energetic, and original today as it was when initially recorded, Jim Lauderdale and Roland White provides an intimate look into the nascent beginnings of a truly extraordinary American artist.

Lauderdale – who has released at least one, and sometimes as many as three, records every year since 1998 – is a true songwriter’s songwriter, the second most recorded writer in George Strait’s canon as well as the writer or co-writer of country hits by Patty Loveless, George Jones, Mark Chesnutt, Dixie Chicks, Blake Shelton and others. Also known as an intuitive sideman, Lauderdale has enhanced the music of countless iconic artists, including Dr. Ralph Stanley, the North Mississippi Allstars, Donna the Buffalo, Elvis Costello, Buddy Miller and Lucinda Williams. Other collaborations include six collections co-written with legendary Grateful Dead collaborator Robert Hunter. As if all that weren’t enough, Lauderdale is also co-host – with Buddy Miller – of SiriusXM’s weekly “The Buddy & Jim Radio Show,” as well as co-host of “Music City Roots,” Nashville’s long-running roots and Americana variety show.