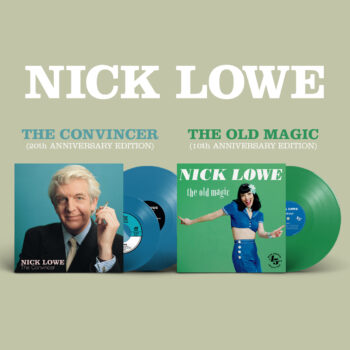 Remastered for vinyl from the original tapes and pressed on blue vinyl! Includes a bonus 45 single of rare tracks that have never been released on vinyl before: a long-lost Lowe original called “Different Kind of Blue”; an acoustic cover of The Shirelles’ “Mama Said”; a stripped-back rendition of The Chi-lites’ “There Will Never Be Any Peace (Until God Is Seated at the Conference Table).”

Remastered for vinyl from the original tapes and pressed on green vinyl!