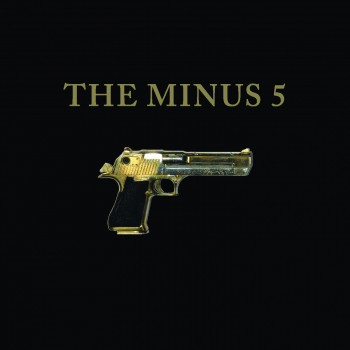 Order The Minus 5’s self-titled LP and get a bonus 7″ + “Gun Sessions” digital bonus tracks for free.

Yep Roc Records is happy to announce the vinyl release of the much praised Minus 5 self-titled album (a.k.a. “The Gun Album”). The release includes a 180 gram vinyl 12″ of the entire album plus an additional 7″ featuring (A)”Aw Shit Man – Original Version” and (B) “Mary Lou” for free!

But aside from giving the album the ultimate audiophile treatment of a vinyl release, this release contains the entire “gun sessions” recordings as a free digital download. With your order, you get an entire album’s worth of bonus tracks (demos, outtakes, previously unreleased tracks, rarities, and alternate versions) have made their way out of the Minus 5 vaults to be included as a digital download available only with purchase of this LP.

A total of 23 tracks, digitally delivered instantly to your Stash with your order, are sure to satisfy both fans and soon to be fans the world over.

Click HERE to order The Minus 5 180g LP now at the Yep Roc Store.

Click HERE to check out the The Minus 5 bundles available exclusively at the Yep Roc Store and save 15% on your order!

Click the player below to stream “Aw Shit Man (Original Version)” from the bonus 7″ now.