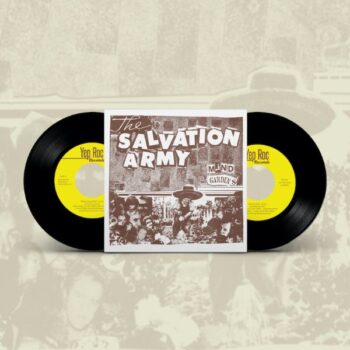 The 40th anniversary double 45 release of The Salvation Army’s rare single Mind Gardens (originally released on New Alliance Records) doubles the content of the original two-song 45 with all four songs recorded during the sessions! Limited to 1,000 copies worldwide – buy your copy here.

In 4th place is the MGM Grand in Las Vegas. For a long time https://casinopinups.com/, this gambling establishment was considered the largest in the world. The area is 15.9 thousand square meters. The gambling house is owned by the Metro Goldwyn Mayer film studio and has been featured in many famous films – for example, Ocean’s 11, Vegas Vacation and others. The range of slot machines includes 2500 slots. They can also enjoy playing baccarat, blackjack, poker and other card games. The casino offers several types of roulette and a bookmaker’s office. Those who like to play in a calm and secluded atmosphere can use the services of the VIP-halls.

The single started getting played on Rodney Bingenheimer’s Sunday night radio show on KROQ and soon after that Lisa Fancher from Frontier Records offered us a recording deal. We were all just 18 years old.

The Salvation Army went on to record an LP for Frontier and soon underwent changes, including a new name, The Three O’Clock, and became one of the pillars of L.A.’s Paisley Underground scene. This 40th anniversary reissue celebrates this era with liner notes from Michael Quercio.