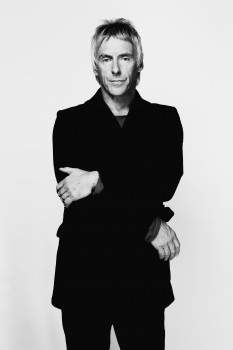 Paul Weller will return to the US for a brief tour of the east coast this summer. Weller, will perform three shows in the New York City area, including The Apollo, Webster Hall and the Music Hall Of Williamsburg, along with shows in Boston, Washington D.C. and Philadelphia. See below for a full list of dates.

Tickets for all six shows will go on sale Friday, April 19. These will be Weller’s only US tour dates this year.

Weller’s US tour follows several upcoming high profile performances overseas including The Isle Of Wight and Hard Rock Calling in London. On his east coast tour of the US, he’ll be performing a wide range of songs from his entire illustrious career. Weller latest album, Sonik Kicks, debuted in March of 2012 at #1 on the UK charts.