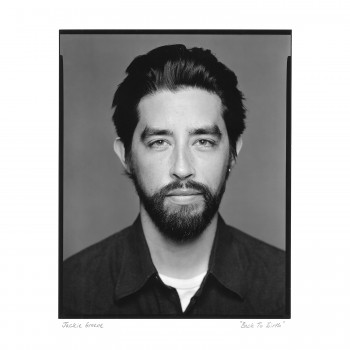 Critically acclaimed singer-songwriter/guitarist/multi-instrumentalist Jackie Greene, who has been hailed by The New York Times as “the Prince of Americana” and by All Music as “prodigiously gifted,” will make his Yep Roc Records label debut with the release his first studio album in five years, Back To Birth, August 21, 2015.

The album is available for pre-order with an instant download of “Trust Somebody.” Stream the single now on Spotify.

You can also pre-order the CD/LP of the album at the Yep Roc Store. Bundle the Back to Birth CD or LP with the official  screen printed Poster & American Apparel T-Shirt to save 15% on your purchase, exclusively at Yep Roc. All posters are hand numbered by the artist and signed by Jackie himself.

“Musically, this record is kind of a return to the simplicity that I started with, although I feel like I have a much better idea of what I’m doing now,” Greene observes. “I think the lyrics are the part that’s really evolved. A lot of these songs are looking at the notion of a cyclical existence, and the sense that life goes in a circle.”

Greene will be introducing songs from the new album on his “Back To Birth” tour, which will continue with acoustic and full band performances throughout 2015. Summer music festivals with his band Trigger Hippy, which Jackie co-fronts with Joan Osborne, are also planned.

Back To Birth Track Listing: