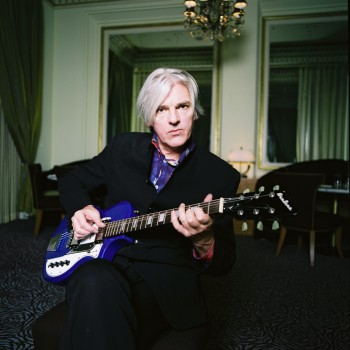 Yep Roc Records is excited to announce the March 5, 2013 release of the new Robyn Hitchcock album, Love From London.

Hitchcock describes his songs as “paintings you can listen to.” Love From London “celebrates life in a culture imperiled by economic and environmental collapse,” he says. “We are surfing on the momentum of chaos. If a consensus on global warming comes from the people, then the media, the politicians, and the corporations will have to adapt to it. Rock and Roll is an old man’s game now, so I’m staying in it.”

The record was produced and engineered by Paul Noble, and features Noble on bass, guitar, keyboards and vocals; Jenny Adejayan on cello and vocals; Lizzie Anstey on vocals and keyboards and Jenny Macro, Lucy Parnell and Anne Lise Frokedal on vocals. A lo-fi rehearsal video featuring Green Gartside, Stephen Irvine, Terry Edwards, Mark Bedford, Adejayan and Noble in a London pub on a Sunday performing “Be Still” from the new album is available in the player below.

Hitchcock also celebrates his 60th birthday next March with a retrospective show on February 28th at the Village Underground in London where he will be playing songs from each of his albums, accompanied by some of his favorite British musicians.