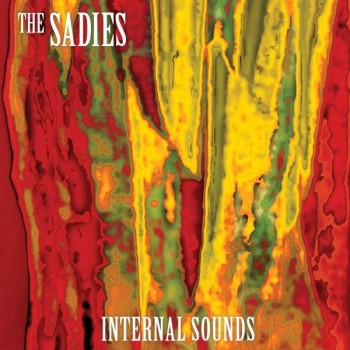 Since their formation in 1994, Toronto’s Sadies have developed, even perfected, a style of music that is uniquely their own, which Rolling Stone recognizes in its review of the band’s latest album, Internal Sounds (get the full review HERE).

“We are the blessing and the curse,” head Sadie Dallas Good sings on “The Very Beginning,” but most of this band’s 16(!)-album output has been a blessing. The Sadies have, with less fanfare than they deserve, been one of the most surefire alt-country acts for nearly 20 years, collaborating with Neko Case, Jon Langford and Andre Williams. Recorded over the course of a year and sounding more worked over than previous albums, Internal Sounds is full of endings and beginnings, with cinematic instrumental act breaks, twangy fist- pumpers (“The First 5 Minutes”), muscular power pop (“Another Tomorrow Again”) and haunting drones (the excellent closer, “We Are Circling”). What can’t they do?

Possessing a deep fondness and reverence for the best of country, bluegrass and blues (CBGB!), The Sadies are equally informed and influenced by everything from 60s garage and psychedelic rock (Pebbles, Nuggets, et al) to surf instrumentals and punk rock.

Internal Sounds is an album that heralds a new level of achievement for The Sadies.  This was largely due to refusing to be pressured by any deadlines but their own, taking their time over a period of nearly a year to get everything “just right” and using up every resource they had and every favour they could call in. The resulting album is by far the most confident and assured of their career.