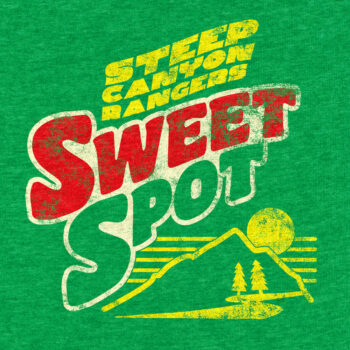 GRAMMY Award-winning Americana perennials Steep Canyon Rangers return with “Sweet Spot,” the final recording to feature lead vocalist and founding member Woody Platt before he retires from the band, as announced earlier this year. The tender tune features multiple members of the Rangers taking lead vocals on a verse Last Waltz-style and features the band’s trademark harmonies and riveting musicianship.

Everybody’s got that place or state of mind that is the sweet spot; it’s not always easy to get there but when it’s just right, you know it. This song seemed like the perfect chance to let a bunch of voices sing about that sweet spot, wherever you can find it.

Beginning June 10, the Rangers will kick off a summer and fall tour that includes headline dates, festival appearances, and support for Steve Martin and Martin Short. A complete list of tour dates is below and tickets are on sale here.