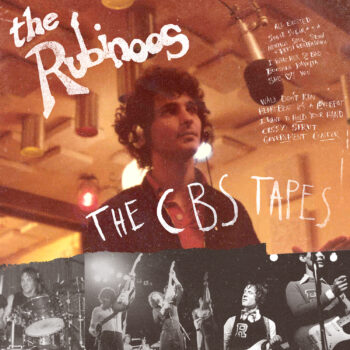 The Rubinoos’ The CBS Tapes is out today! What better way to celebrate the band’s 50th anniversary than to enjoy the sound that started it all! Available now on CD and First Edition red and black vinyl LP. Buy/stream The CBS Tapes now!

San Francisco, 1976 is the setting of The Rubinoos’ latest release, out now in celebration of the band’s 50th anniversary. The CBS Tapes showcase the band at the very beginning of their journey, at their purest form. The record encompasses 11 unreleased tracks, recorded prior to their signing with the legendary Beserkley Records. The band presents their youthful and playful takes on the classics by favorites such as The Meters, King Curtis, Modern Lovers with Jonathan Richman, the DeFranco Family, the Archies, and the Ventures, as well as some instant classic originals.

“The power-pop icons The Rubinoos revisit their early days of what it was like to be a wise-ass kid in America & a good musician[…] This is Americana in the hands of teenagers & it certainly still tugs at our youth tendrils.” — Americana Highways