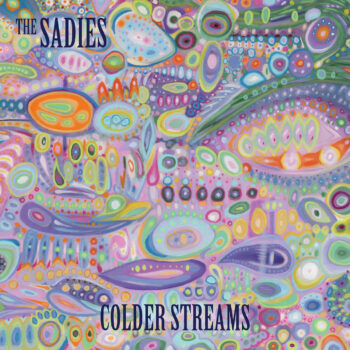 Produced by Arcade Fire’s Richard Reed Parry and recorded between 2019 and 2021 at Skybarn in Montreal, Canada, Colder Streams features 11 original compositions. The album features guest appearances by Jon Spencer (“No One’s Listening”), Michael Dubue (“End Credits”), Richard Reed Parry (“Message for Belial,” “No One’s Listening” and “Ginger Moon”), and the parents Good, Margaret on backing vocals for “So Far for So Few” and “All the Good,” with Bruce on autoharp on the latter.

In support of the album, the band–Travis Good, Sean Dean, and Mike Belitsky–will embark on a North American and European tour beginning June 16 at Atwood’s Tavern in Cambridge, MA.

The release of Colder Streams will mark the quartet’s final studio recording with founding member Dallas Good, who unexpectedly passed away in February. In preparation for the release, in October of 2021, Dallas penned what he coined the band’s “anti-bio” and seemingly said all there is to say about the new album, first noting, “Colder Streams is, by far, the best record that has ever been made by anyone. Ever.” Read the entire bio here.

The Sadies: On Tour