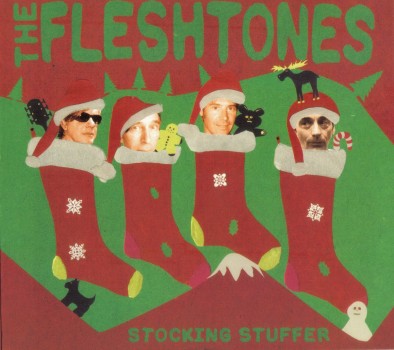 This holiday season, see if you can spot The Fleshtones “Hooray for Santa Claus” playing in the background of T-Mobile’s new ads!

Not familiar with the track? “Hurray from Santa Claus” is a cover from Santa Claus Conquers the Martians, a 1964 science fiction film that regularly appears on lists of the worst films ever made. It is regularly featured in the “bottom 100” list on the Internet Movie Database, and was featured in an episode of the 1986 syndicated series, the Canned Film Festival.

The film took on newfound fame in the 1990s after being featured on an episode of the comedy series Mystery Science Theater 3000. The episode became a holiday staple on the Comedy Central cable channel in the years following its 1991 premiere. It has since found new life again, as it has been the subject of new riffing by Cinematic Titanic and RiffTrax, both productions of former MST3K writers and performers. The movie was also featured on the current run of Elvira’s Movie Macabre.

Grab the track in The Fleshtones’ literal Stocking Stuffer of an album and be sure to stream “Hooray for Santa Claus” in the player below: