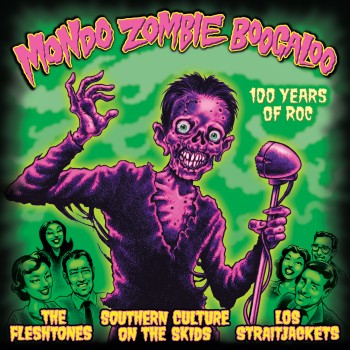 Gear up for Halloween with the video premiere of “Tingler Blues” from the most goulish Halloween-themed album, Mondo Zombie Boogaloo,  performed by Southern Culture on the Skids.  See the video HERE at Bloody Disgusting, or in the player below.

The album and tour is a collection of new music from legendary bands The Fleshtones, Southern Culture on the Skids, and Los Straitjackets. The set includes originals and standards from each band and promise to put listeners in a spooky mood for the Halloween season. With songs such as “Ghostbusters,” “Goo Goo Muck,” “Haunted Hipster,” and a collaboration by the three bands on“Que Monstruos Son” (otherwise known as “The Monster Mash” en Espanol),  Mondo Zombie Boogaloo is sure to revive both the living and dead this Halloween.